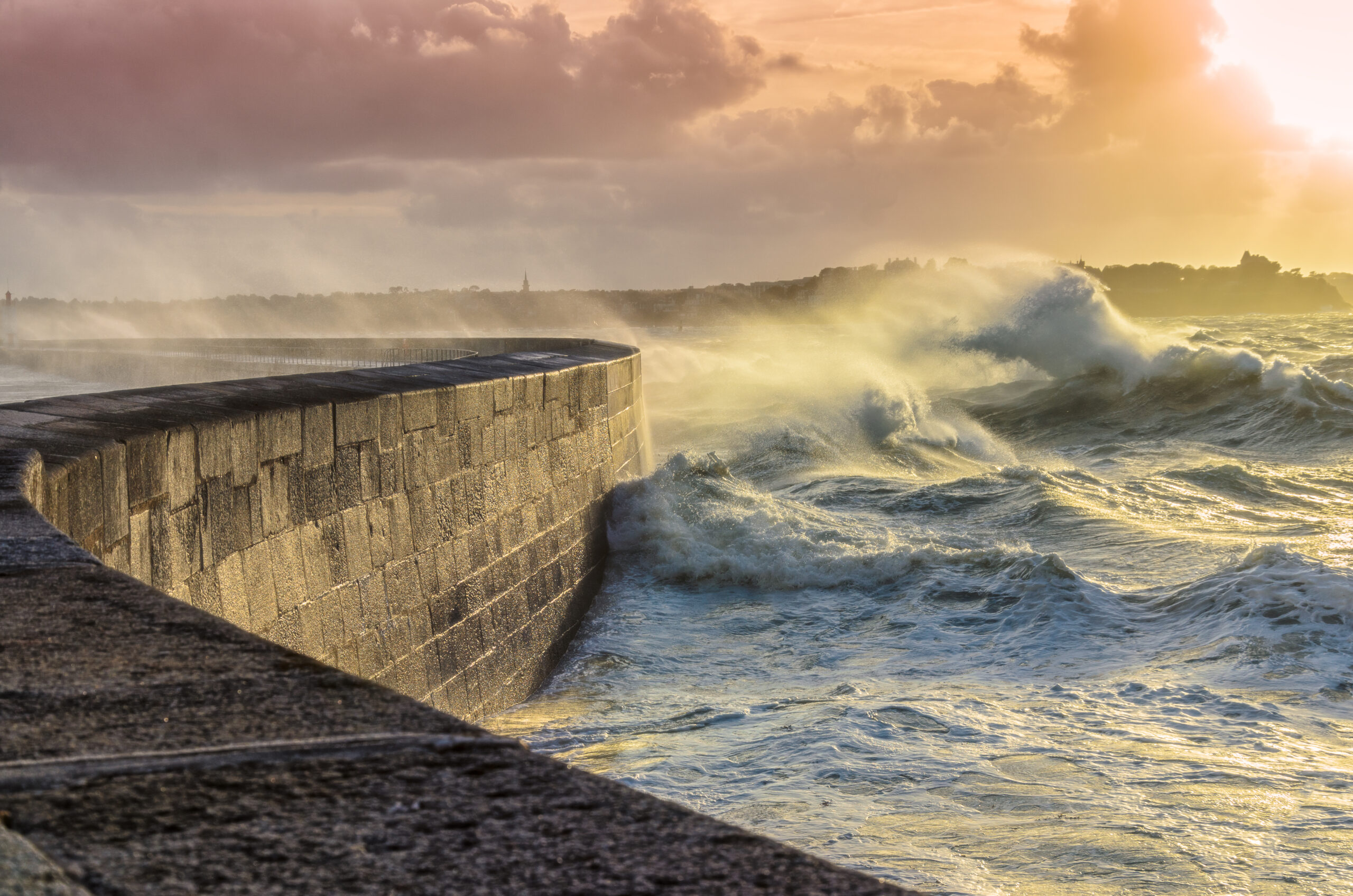 Welcome to March 2022’s Some Thoughts. This month we discuss:

Subsequent to the Ukrainian invasion, US & Canadian uranium producers have rallied 12-15% as uncertainty around supply squeezed the spot. Geopolitical risk from the world’s largest uranium producer, and the events that have unfolded over the last week will in all probability not be resolved as quickly. While Russian uranium will likely become untouchable by the West, it remains to be seen how Kazakhstan, a key ally to the Putin administration, will respond.

To note, Ukraine was the 9th largest producer of uranium in 2019 at 2.2% of world output but only 39% would be recoverable at the current uranium price. The Ukraine is heavily dependent on nuclear energy and half its energy comes from its 15 reactors.

We have previously attested to the bifurcation of uranium. While supply is geographically concentrated, consumption is not. In the US, 50% of uranium into the country is from Kazakhstan, Uzbekistan, and Russia, meaning that one in ten homes in the US are run on fuel from these countries.

The US produced zero pounds of uranium in 2020 and was the world’s largest consumer.

In 2016, during the XIII Forum of Interregional Cooperation of Kazakhstan and Russia, Rosatom and Kazatomprom signed a Memorandum of Understanding and Expanding of Strategic Cooperation to focus on further partnership development in uranium production, conversion & enrichment. It is these kinds of deals that will give Russia the whip hand in the geopolitics of nuclear energy.

The invasion of Ukraine will exacerbate the ‘Putinisation’ of uranium, demonstrating Russia is a superpower that has been built on a foundation of oil, gas, and uranium, their armoury in the Colder War.

As to the West, how will they respond in their nuclear policy? Swedish energy giant, Vattenfall AB, was the first to act last week in suspending all pending uranium orders from Russia, with many more expected to follow, including a Russian-backed nuclear project in Finland.

For Western utilities, this once again highlights the need to secure long-term supply considering ongoing geopolitical tensions from the world’s largest uranium producers.

How will uranium equity prices move now being a 5x smaller market than it was fifteen years ago? Particularly given that fifteen years ago there wasn’t a nuclear renaissance, an electrification of everything and utility demand didn’t significantly exceed production.

Without a doubt, inflation is the single most important driver and theme in markets currently. In 2021, inflation was tied to a post lockdown global recovery, but other factors are now affecting this risk. These key factors being (a) global power crises, (b) Russian/Ukraine tensions, (c) ESG transition, (d) thermal coal supply issues and (e) continuing virus outbreaks.

Traditionally investors seek inflation protection in commodity markets and with the hawkish shift in the US Fed’s monetary policy it is no surprise to see this investment move. The direct effect on the commodity markets is demonstrated by the mini spike in metal prices after the release of the latest US inflation data (CPI Jan 22, +50bps to 7.5% YoY). It is also almost certainly the reason the commodity and mining stocks have been such strong performers in 2022. 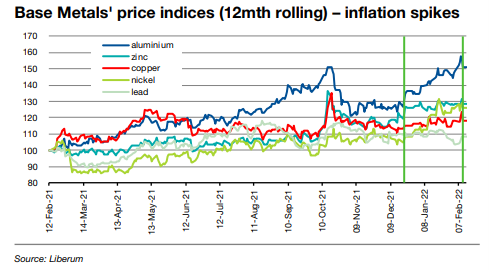 Historically there are two other super cycles: post WW2 and the 1970s oil shocks which are interesting to consider against the current China-led Super Cycle.

For inflation events caused by supply side constraints, as we could see with the Russia/Ukraine conflict, there are different commodity sensitivities. In this case, the commodity which is in short supply will outperform all others. In addition, aluminium, zinc and lead prices are highly sensitive to this type of inflation rise, whilst copper and nickel are relatively insensitive.  Interesting to note that thermal coal, iron ore and steel now trade broadly in line with metals and are inflation-sensitive.

In summary, in the short term whilst there is uncertainty, commodities can be a good inflation hedge but it is real rates that drive the cycle and with the US Fed at the beginning of what appears to be a hike cycle, then some commodities are not a long term investment.

After an extremely well attended series of Venezuela lunch presentations with the distressed debt experts at the Sovereign Recovery Fund, we have already submitted 18 orders for the first closing – which will be today (1st March) – and are gathering the remaining orders for the second closing in mid-March, so please contact us as soon as possible if you would like to participate.

With the invasion of Ukraine and the growing energy crisis there is an increasing awareness of potential rapprochement from Biden to Venezuela, so the timing of the second closing has already been brought forward to capitalise on any possible changes to the current US oil and investment sanctions against Venezuela.

Please email Nick nick@oceanwall.com if you would like any further information.

We had a follow up investor call with Steve Cochrane, CEO of Lithium Chile, on Thursday and he was able to give us some additional colour on the press release but also on what the Phase 2 plans will be.

This is a great result; indicated and inferred resources of 1.5m metric tonnes (mt) for 1 hole.  To put this into context Millennial Lithium’s first hole was 178k mt and Neo Lithium’s was 100k mt. The discovery is deep, at about 465 metres, which is the first time someone has drilled to that level in this area. Importantly, this will not impact unfavourably on future production costs. Flow rate was an average of 29.7 l/s compared to Millennial which was 10 l/s at peak. 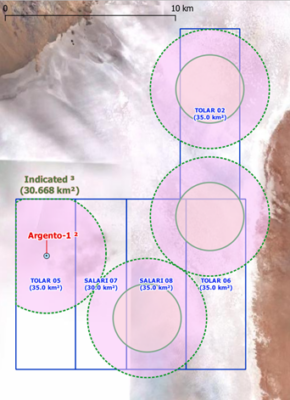 Phase 2 has already started.  Environmental and Drill permits have been applied for and should be filed and completed in 20 days. They will initially start with 3 drilling wells, with the possible addition of a 4th to maximise the resource estimate. If similar results are found, then this could increase the measured resource to 5.6–7.6m mt.

In addition to the new wells there will be a focus on isolating the brine to ensure accurate grading. The QP took a very conservative grading level, despite seeing consistent grades of 400-500 mg/l the QP used a lower grade (290) because of a variation in grading. This was happening, the mining team believe, because of dilution from somewhere upstream. The aim will be, in the next set of drill wells, to cement cap off the upper section so that dilution cannot occur. If they then find that the grading comes in at 400-500 mg/l then this would raise the resource size, potentially taking it to 8-9m mt.

Both the new wells and the grading improvements should be completed in 6 months. This should give a measured resource estimate. This is 2 years earlier than originally predicted.

With multiple battery producers fighting for lithium resources, this could be an exciting year for successful lithium exploration companies.

Ocean Wall is now releasing regular updates on the Uranium (Ocean Wall’s ion-U) and Lithium (Charged with a-salt n’battery) sectors. Please email Nicky Grant – ng@oceanwall.com if you would like to be put on the mailing list for those updates.

As we found out last year, SIGC is now invested in Navient, which spun-off from SLM Corporate (Sallie Mae) in 2014.  It is the largest servicer of federal student loans and acts as a collector on behalf of the Department of Education. Newbury Investors, a fund managed by Sherborne Investors Management in which SIGC is an indirect investor, has built a 16% position in Navient Corporate (NASDAQ: NAVI), which has a market cap of $3.5bn. The interest is currently comprised of 3% in outright shares and the balance in fully funded cash settled total return swaps. The manager intends to provide a further update to investors in the new year.

Last month Sherborne C reported a December NAV of 82.4pps.  This is an increase of 3.4% over H2 2021 and compares to a 12% increase in the Navient share price over the same period.  However, we don’t know exactly when the NAVI position was acquired.

Sherborne C’s shares were effectively unchanged over H2, which leaves them trading on a significant 37% discount.

Last month HVPE incorporated some Q3 2021 marks into its NAV. Numis estimated that these marks were at least 8.5% higher than the June marks.  Both KKR and Blackstone reported increases in their PE portfolio around such a quantum. There is at least a further 40% of the HVPE’s portfolio to move from June marks to September marks in the very near-term. Its last December NAV was $46.82 so at £25.70 it is on a 25% discount to NAV.

After correctly calling that the true low-cost airlines would outperform legacy airlines through the pandemic (see graph below showing performance of Ryanair/Wizz Air vs Easyjet/IAG), Julian Cook, of ATKA Capital, sees a very strong asymmetrical risk reward opportunity at the moment in airlines and airline related companies in his portfolio.  Julian, an airline industry veteran, runs an aviation focused fund and recently hosted a webinar in which he explains the current opportunity in the market and exposes Jet2.com and Alaska Airlines, two of his top holdings. For further information please email Ian Ross ian@oceanwall.com 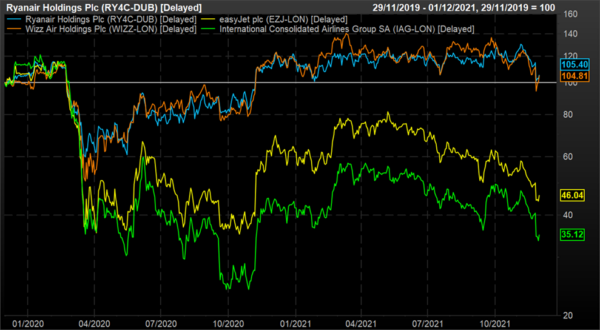 Plexo Capital is an early-stage Investment firm founded & built by Lo Toney, former partner (now advisor) with GV (formerly Google Ventures) and spun out with a fund based on GV’s strategy to increase access to differentiated deal flow. GV’s strategy was to make LP investments into seed stage VCs led by diverse GPs to gain access to new networks and expand GV’s consideration set of deals. Lo created Plexo Capital, incubated inside GV, to scale up the strategy.

If you would like to attend, please email Nicky Grant – ng@oceanwall.com

This email is intended solely for the addressee(s) and may be legally privileged and/or confidential. If received in error please delete it and all copies of it from your system, destroy any hard copies of it and contact the sender. Any unauthorised use or disclosure may be unlawful. The accuracy or completeness of this email is not guaranteed. Any opinion expressed in this email may not necessarily reflect the opinions of Ocean Wall. Any personal information contained in this e-mail is provided solely for the purpose stated in the message. All emails may be monitored in accordance with legal requirements contained in Regulation of Investigatory Powers Act, Data Protection Act, Telecommunications Regulations Act and Human Rights Act.