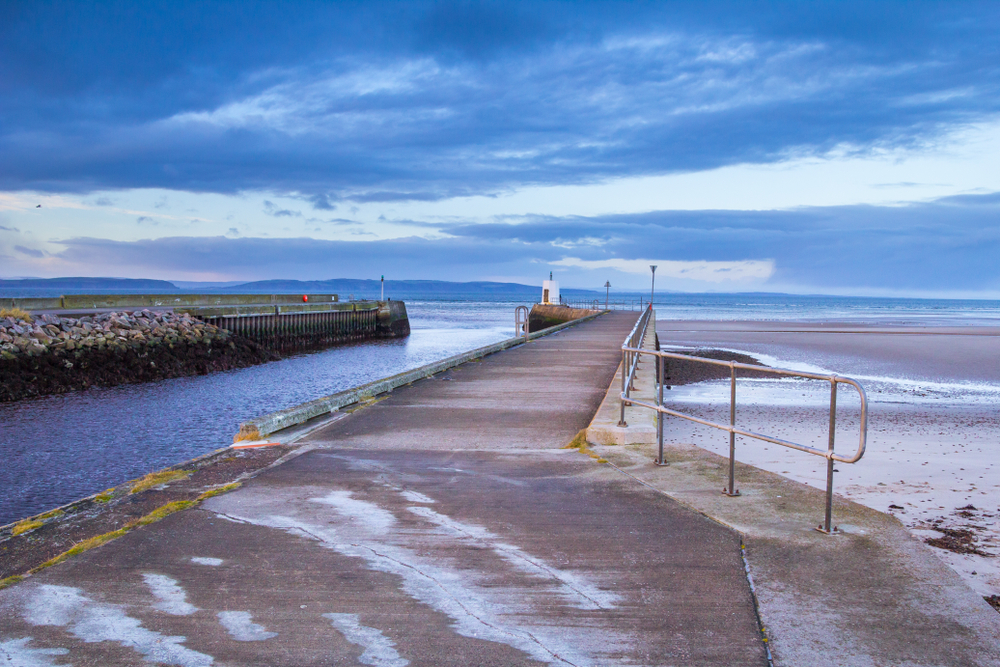 This weekend I was the guest of a sovereign wealth fund that hosted a business forum to coincide with the Grand Prix. Sadly Chatham House rules, and courtesy to my host precludes me from writing about the event. The weekend though only reinforced my belief in the Middle East as a burgeoning centre for both thought leadership and direction of capital investment. Meetings I had away from the forum with allocators, managers and LPs yielded these motifs, and in no particular order:

Last week was our inaugural Ocean Wall Family Office breakfast in London which was on uranium and at the bottom is an invite to our second breakfast in January. Note we plan to do a breakfast a month in London and the Middle East.

In my missive from 14th November I said that if you had £100m to spend on the UK post any resolution of Brexit, then you need to spend £60m now as the sharp asset price rally will not give one a fighting chance to buy otherwise. Jeremy Warner in the Sunday Telegraph (24/11/19) has got the idea with his headline “What does the election mean for UK stock markets? Buy, buy, buy” citing Panmure Gordon’s research that the UK has underperformed the rest of the world by 20% since the EU referendum. The CBI today have said that leaving the EU with an ‘ambitious deal’ will help unlock UK investment. Certainly everyone I have spoken to this weekend is ready once the uncertainty is removed.

We still have some way to go though.

YouGov’s multilevel regression and post-stratification (MRP) poll nailed it in 2017. Last Wednesday night YouGov showed Tories on for 354 and Labour winning 211 but BMG Research survey at the weekend has this gap narrowing to 39 Cons/ 33 Labour.

A 6% lead or 326 seats is the dividing line between a Tory majority and a hung parliament.

I follow a lot of Labour names on Twitter and there is a lot of division about strategy with the election ten days away. Interesting that Ed Miliband, the former Labour leader, has sent his Doncaster North constituents a leaflet saying he wants to “get Brexit sorted”

Sangfroid from the Tories needs to be the order of the day as the party paints itself as one of law and order whilst London reels from a terror attack and prepares to welcome Donald Trump this week for a NATO summit. Both the president’s visit and the deadly assault present big challenges.

Last Tuesday Ocean Wall hosted its inaugural family office breakfast in London where the theme was uranium. We had Andre Liebenberg, CEO of Yellow Cake Plc present to a full room at Durrants Hotel. There is undoubtedly a strong investment argument for being involved in uranium right now as long-term contracts start to be renegotiated and one of the worst performing commodities of the last 10 years appears to bottom out. Post the GFC the global number of uranium stocks has fallen from 450+ to 40 and the total market cap from $130bn to $10bn. Yellow Cake Plc is one of the purest plays on a recovery in the price of uranium. If you are interested discussing uranium further don’t hesitate to contact me.

Our next breakfast meeting, on the 22nd January 2020, has a working title of “Shipping and IMO 2020” and will be delivered by David Morant, Managing Director of Scorpio Tankers UK and Flurin Grond of Progressive Capital in Zug who has written the enclosed white paper on Shipping. Shipping has been un-investable on the long side for the last 12 years as over-supply has driven down returns. The supply side is about to tighten against stable demand. IMO 2020 is a new marine emission standard that will have wide-spread ripple effects and be a catalyst for change. In my last missive I mentioned that Tamas Eisenberger of Sikra had spoken at Sohn on the impact on the shipping industry of IMO 2020, he talked about the fact that ships with ‘scrubbers’ are going to have a distinct cost advantage and that there will be significant scrapping of uneconomical old vessels. With little shipyard availability there will be retrofitting delays and port congestion. As Eisenberger said you want a young scrubber retrofitted fleet that is highly operationally geared to the coming increase in day rates. He picked Scorpio Tankers. Please tell me if you would like to discuss further.