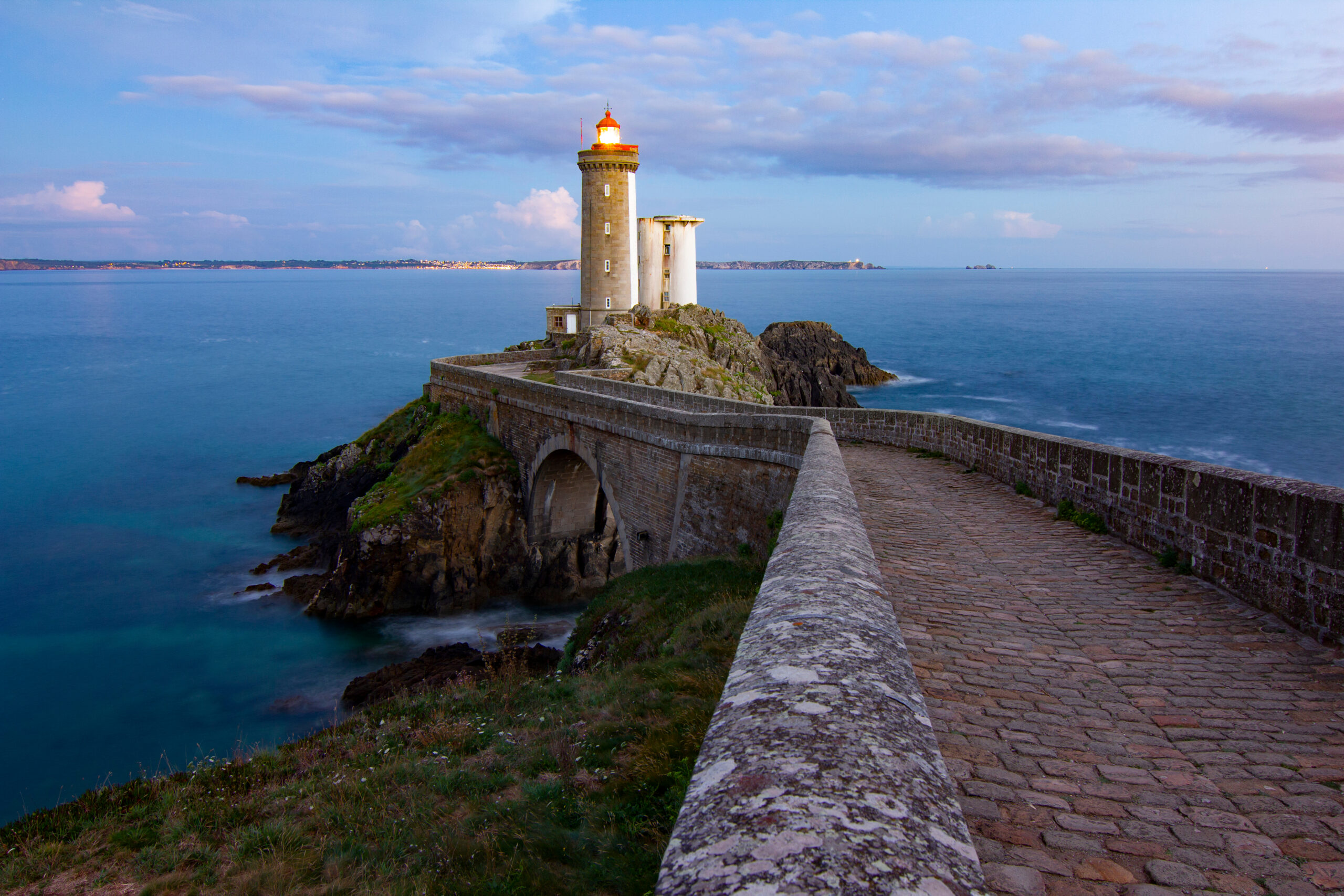 Welcome to December’s Some Thoughts. This month we discuss:

So, the first part of November was the story of peak ‘FOMO.’ For the most part, hedge funds were net buyers of global equities driven by short covering. US equities were at the epicentre of the worldwide ‘FOMO.’ Last Friday’s Omicron sell off was a non-event for quants and multi managers, but equity l/s was down 2% and CTAs having been caught in the sell-off of oil fared worse.

Performance turned negative for the average Global fund for the month, down -1% MTD, and the year, up +7.1% YTD (vs. MSCI World +16.1%). According to MS the best performing strategy remains European event +15.84% YTD whilst China equity l/s brings up the rear at +2.2%. The Omicron sell-off was exacerbated by the Thanksgiving holiday and low volumes. Monday’s bounce back has shown the market’s ability to discount bad news. Bill Ackman was quick to tweet that that the lower severity of Omicron was indeed bullish for markets.

Nonetheless, some managers are posting what will be banner year numbers. It was in May of this year that hedge funds surpassed $4tn of AUM but as we approach the year end, dispersion around performance has never been greater. Using HFR data the historic mean between top and bottom decile is 32%. This year, with a month to go, it has reached a record high of 39%.

GS noted that, on November 5th, a record was set as $2.6bn worth of options were traded in the US. Option trading volumes are now 50% greater than actual stock trading. Most of the options are calls and Nomura noted that US call trading volume is at a three decade high with the put/call ratio at its lowest level since early 2000, before the dotcom bubble burst. Retail investors are behind this explosion in volume.

Also, interesting to note that last week, according to S3 Partners, short positions in Tesla, as a percentage of the company’s total shares available to trade, have fallen to 3.3% from 19.6% at the start of last year as the shares have risen 1,200% since start of last year.

On the FOMO theme, the scant returns from so many assets have meant that there has been a highly speculative boom in digital assets. The crypto market is now valued at $3tn, an increase of 6x since a year ago. Consider Microsoft Corp. and Apple Inc., which have market capitalisations that recently topped $2.5tn. So, the entire crypto sector is around 20% more valuable than the equity of the two biggest tech companies. The previous crypto bull run peaked at the end of 2017 at about $800bn, also about 20% higher than Microsoft and Apple at the time. We do, though, understand that having a solid presence in the crypto universe has obvious appeal looking at the world today. We can understand why decentralised digital assets are compelling with the global economy having severe problems restarting, worrying geopolitical events, U.S. threats of financial repression, confiscation of assets and ultra-loose monetary and fiscal policy.

‘Bulb’ rounds are starting to cause concern

They used to be seed rounds, but with the recent swathe of rounds coming at above $100m post-money, these are no longer small investments and this is causing concern amongst the Venture Capital and Private Equity investor community.

Traditionally, a seed stage is when a company has a good team, an innovative idea, has not yet proven product market fit and has not yet demonstrated a sustainable business model. These companies have a high failure rate – approximately 50% of seed stage investments fail completely. In addition, there is also a substantial dilution from seed to exit and usually a seed investor will be diluted by around 2/3rds.

Fred Wilson of Union Square Ventures has done an analysis of why he believes these huge size investments should be raising eyebrows and we have shared this below: –

Given those assumptions, a $100m seed fund that makes all its investments at $100m post-money will barely return the fund; and that number is gross, before fees and carry.

Now all of this depends on a few important assumptions.

If you believe your top-performing investment, out of 100 investments, will end up being worth $100 billion, then the numbers change a lot. You end up with a 13x fund instead of a 1.3x fund, before fees and carry.

There are only several hundred companies in the world with market caps of over $100 billion and a quarter of them have come out of venture capital portfolios in the last thirty years.

So, it can happen, but it is very unlikely. In twenty years of producing some of the highest performing VC funds in the business, USV has never had a portfolio company become worth over $100 billion. That is an extremely high bar, too high to expect in your portfolio.

In a world where we are increasingly seeing $100m valued ‘bulb’ rounds, one must ask the questions, “what are investors expecting? A $100 billion outcome?” Doubtful. Less dilution maybe. “A different power law distribution?” Do not count on it. They are being delusional, comforted by the likelihood that someone will come along and pay a higher price in the next round, but it seems that person may also be delusional because when you model things out, the numbers just do not add up.

I think a compelling case can be made for seeds in the low eight figures. If you run that same model with a $20m post-money value, you get a 6.667x fund before fees and carry. That is a strong seed fund, a tad better than 4x to the LPs, after fees and carry. If you think you can get one of your hundred seed investments to a $10bn outcome, then paying $20m post-money in seed rounds seems to make a lot of sense.

The failure rates are so high in early-stage investing that the power law curves are steep. If your best-performing investment, after taking significant dilution, cannot return your early-stage fund, then you are doing something wrong.

After a decade long secular bear market for uranium post the Fukushima disaster, the commodity has doubled in price this last year. This is a result of supply shortages, due to reduced mining and aggressive stock building by investment funds, but also a recognition that nuclear power is the only way to achieve lower carbon emission targets and maintain baseload supply. Since 2011 there has been no large investment into uranium exploration whilst many uranium mines have been shuttered or mothballed. As the uranium price rises to the critical breakeven price of $55lb with the renaissance of nuclear energy, there is concerted interest in finding more reserves as quickly as possible.

Fission 3.0 is a Canadian listed (TSX.V: FUU) uranium exploration company with a 16-site property portfolio that is all concentrated in and around the Canadian Athabasca Basin – the world’s leading source of high-grade uranium. The basin is home to a key set of Cameco’s mines, including McArthur River, Cigar Lake and Key Lake, as well as Fission Uranium’s Patterson Lake South property and Denison Mines’ Wheeler River Project.

The company is well funded and poised to start drilling on their 3 key properties in January (the start of the winter drilling season).

Ocean Wall has been appointed as corporate advisor to Fission 3.0 and we are delighted to have Dev Randhawa, CEO, in London this week. We have been hosting a number of presentations. The last one is a lunch presentation at our offices in Mayfair tomorrow (2nd December). Please contact Nicky – ng@oceanwall.com if you would like to join or also email Nicky if you would like our three pager on the company.

Inflation hawks are falling over themselves to claim we are entering a new paradigm of 1970s-style inflation. A headline number of 6.2% for US CPI in October is higher than the 5.6% reached in the summer of 2008 and only slightly lower than the 6.3% reached in 1990. What these inflation spikes have in common are oil price spikes. Indeed, we should not forget that over the past year, the annual % change in oil prices at various points has exceeded the second oil shock of the 1970s (Chart 1). In October, oil prices rose 11%, which followed 10% in September. No wonder we are seeing upside inflation surprises.

Moreover, since 1990, oil price changes have even been positively correlated to core CPI (Chart 2). A rise in oil prices ends up effecting the price of most goods. Meanwhile, changes in house prices appear not to have a stable correlation with core CPI (Chart 3). Therefore, the big upsides in both headline and core inflation are likely due to upside surprises in oil prices. Not many were expecting oil prices to be up 72% this year.

For bond markets, the challenge with energy shocks is that it leads to higher near-term inflation, but also higher odds for a future recession. Think of the summer of 2008 or 1990. Recession risks would increase with the Fed hiking in response to high inflation prints and so combining with higher energy costs to drive growth lower. It is no wonder that longer-term yields are so low. The cleaner inflation play is then not short nominal bonds, but long real bonds – upside inflation surprises lead to more inflation carry, while higher recession risks lead to lower real yields.  Otherwise, it is better to play inflation through commodity markets.

Since writing our report The History and Future of Psychedelics in Medicine in May this year we have become increasingly involved in this nascent sector. On 12th November, we jointly hosted, with Fat Gladiator Investment Club, a Psychedelics Presentation featuring Cybin Inc. (CYIN), one of the world’s leading psychedelic therapeutics companies. CYIN is a C$380m NYSE-listed company with an extremely strong patent and R&D department. Doug Drysdale, CEO, talked about the history and background of psychedelic drugs, mental health crisis and the urgent need for new treatments and why Cybin is leading the pack in terms of innovation and drug delivery. Sa’ad Shah of Noetic Fund – the psychedelics VC – also joined the panel to talk about his view on the sector and their thesis behind the fund. Presentation followed by Q&A.

Bringing cheer to all

Via the ALMT we have been supporting a school in a deprived part of Sunderland called Thorney Close where 100% of children are eligible for free school breakfasts. The school have identified 34 families that will have children who will not receive a single Christmas present this year. Thorney Close have teamed up with a charity called Norah’s North Pole that have successfully delivered 13,876 Santa sacks over the past 6 years to the most vulnerable children in the North-East. Including the children from Thorney Close they have a list of children from schools around the North East to deliver presents to.

We wish you all a very Merry Christmas and look forward to talking further in 2022.