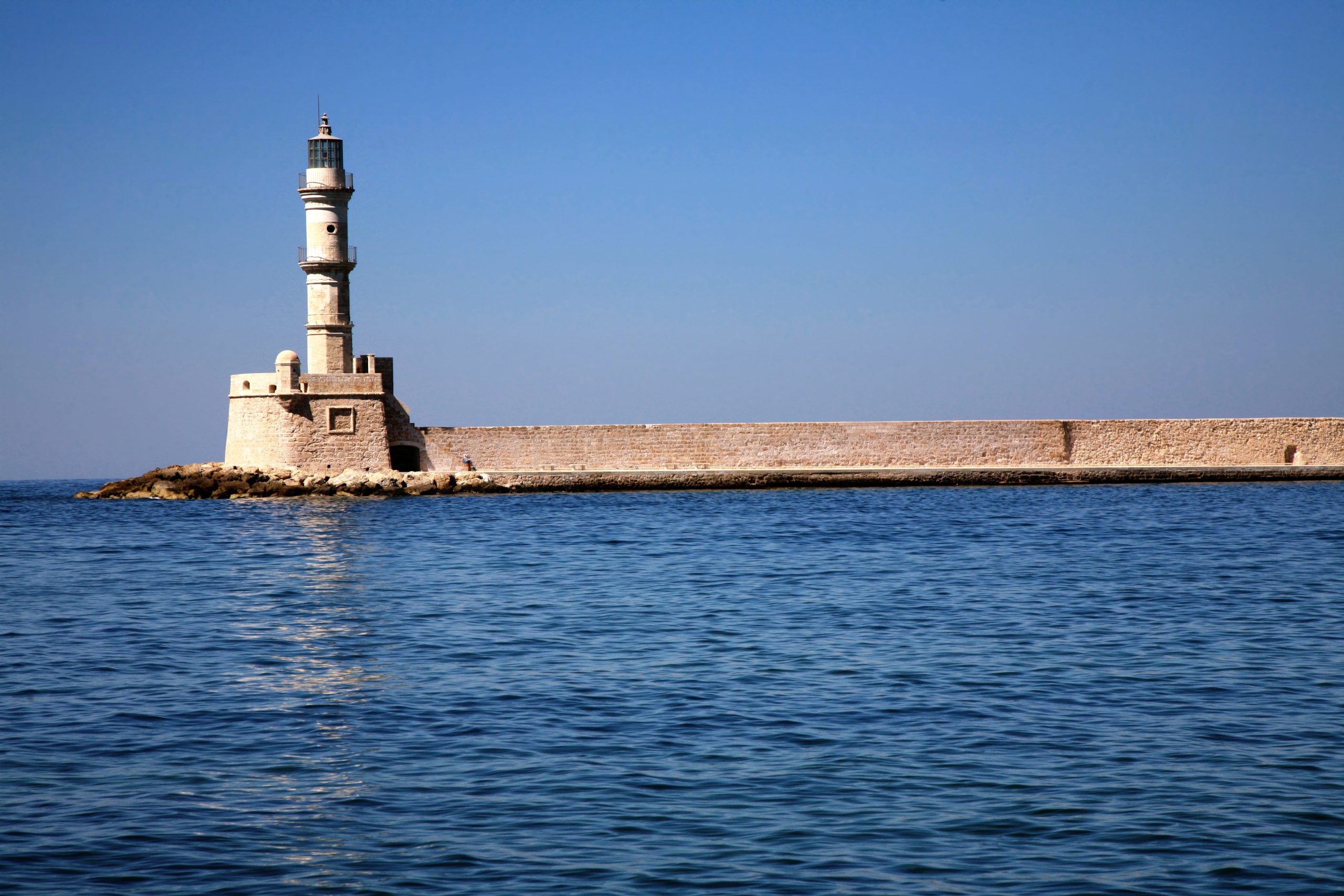 On 3rd March, the City eagerly received Lord Hill’s review of the listing regulations in the UK and his recommendations for updating requirements and attracting more ‘new economy’ companies to list on the London Stock Exchange.  Proposals for consideration include; an annual review of the regulatory framework and its ability to compete in the global market; allowing companies with a dual class share structure to have a premium listing; rebranding and repositioning of the standard listing segment; reduction of the free float requirement from 25% to 15% for IPOs; revision of the listing rules which can require trading to be suspended in the shares of a SPAC on announcement of a potential acquisition and whether, for secondary or dual listings, a prospectus drawn up under other jurisdictions’ rules can be used to meet UK requirements.  All these recommendations come with safeguard conditions to maintain the high standards that the LSE is held in high esteem for.

This morning Ocean Wall was delighted to have had the opportunity for an exclusive Q&A with Murray Roos, Group Head of Capital Markets at the London Stock Exchange.

What happens now? How long will that process take? Does the LSE feel more could have been suggested or have these gone far enough?  Does the LSE believe SPACs have permanence?

Hedge funds were able to rebound from Jan’s drawdown, though most of the gains were made in the first two weeks of February. Total alpha similarly recovered in early February and long alpha is now positive YTD.

With inflation concerns hedge funds added to gross exposure last week and it was a volatile week as crowded longs underperformed. As Morgan Stanley’s chart shows, Tech was the most net sold sector in both N. America and Asia last week by hedge funds: 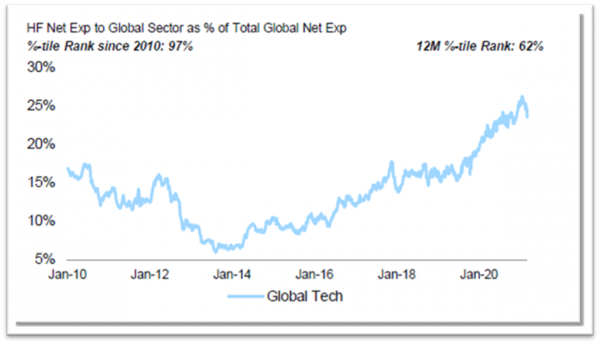 Whilst net exposure to Energy in the US reached a twelve-month high as funds covered shorts and added longs on a net basis this week: 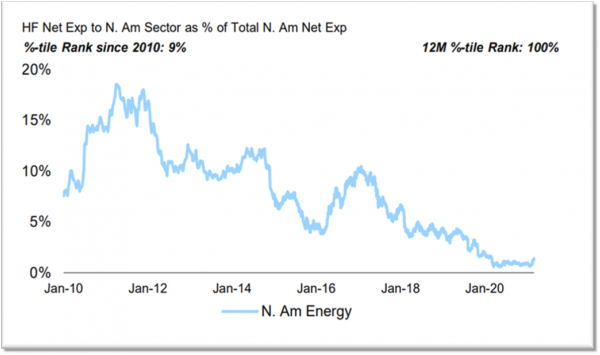 A number of interesting factors are continuing to drive up Lithium Carbonate prices.  The market is now looking to future demand and beyond already existing lithium users and uses.  We now have the likes of KeraCel and QuantumScape making major technological advancements on lithium battery energy density and, it would seem, that could drive demand even more steeply.

Domestic Chinese battery-grade lithium carbonate prices are on a tear in 2021 after bottoming out in the second half of last year, following a lengthy slump. Ex-works lithium carbonate in China (≥99.5% Li2CO3) jumped by 68% to its highest since June 2019 in the first two months on the back of high battery demand, according to Benchmark Minerals.

Benchmark’s mega-factory tracker points to the extent of the rise in demand reflected in China’s battery production figures, which totalled 12 GWh in January, an increase of nearly 320% compared to the same month last year when the country was in the first stages of the pandemic. The surge was led by production of LFP batteries which is growing at a breakneck speed, up nearly 500% year-on-year.

Surging Chinese lithium carbonate prices, which now hold a premium over hydroxide prices for the first time since April 2018, helped push the Benchmark Lithium Price Index up by 14.4% in February 2021, its second-largest move on record after January 2021.

While the most rapid gains were in China, the global weighted average lithium hydroxide prices are up 8% year-to-date and ex-Chinese carbonate prices up by an average of 17.1% in February.

In fact, all 11 of Benchmark’s lithium prices registered increases in February 2021 as producers of both spodumene and lithium chemicals worldwide have begun to sell out inventories and fill order books through until the end of Q2 2021.

While lithium’s majors are beginning to reengage in expansion plans, three years of falling lithium prices have failed to incentivise sufficient investment into the supply chain, leading to greater risks of price volatility as battery demand ramps up.  There is also a focus on where that increased supply is, and will, come from. Covid-19 didn’t initially affect the lithium market supply as there was already a surplus and consequently prices did not suffer the rapid falls of other industrial metals and, quite quickly, we saw further supply restraint and stronger demand and this saw prices being driven upwards.  In 2021, Benchmark Mineral Intelligence are expecting demand for Lithium Carbonate to increase by 23% year-on-year with the increases almost entirely down to the surging needs of the battery sector.

During 2019 and 2020, lithium mining was plagued with delays in expansion plans and the temporary suspension of projects.  With the surging prices, we are likely to see incumbent players attempting to ease those measures and new players entering the market.  Before that happens, there will be a squeeze on supply.   At the end of February, Orocobre (Argentinian Lithium Producer) posted a 9% decrease in their lithium carbonate production demonstrating yet another producer delivering short of supply expectations. Currently we are seeing Covid related issues affecting South American lithium production and weather-related disruptions affecting China’s supply chain and therefore we are likely to see a further increase in Lithium prices coming into the second half of 2021.

KeraCel – the impossible into the possible

The ‘holy grail’ of Additive Manufacturing (3D printing) has been the ability to print multi-material layers using multiple methods.  Even 5 years ago, Robert Bagheri, CEO of KeraCel, was told by a leading scientist at Intel that this would never be possible.

KeraCel has turned the impossible into the possible by merging scientific experience from the worlds of semiconductors, battery chemistry, materials and printing.  Using these skill sets, KeraCel has 3D printed the world’s first ceramic battery, RT-PCR reactor and a solid-state battery using an AM platform (‘Forge’) that allows a high rate of production of scalable active devices.

Not only will this bring increased production flexibility, lower unit costs and lower capex, but it also allows the production of solid-state batteries with an increased energy density – in fact, 2x the current energy density. This will mean smaller batteries giving the same energy or the same size batteries giving 2x the energy. It will bring simplified supply chains, reduces dependencies and accelerates delivery – therefore lowering carbon footprint and reducing waste. The growth and development rate at KeraCel is phenomenal; in August 2020 they demonstrated a 40 Wh/l battery only to redemonstrate in February 2021 a 300 Wh/l battery – an improvement rate of over 600% validating their belief that they have headroom in their process to continue driving energy density. The application possibilities for this platform are extraordinary.

KeraCel is the owner of the unique IP for 3D printing of solid-state batteries.  It has over 60 patents

(30 already filed and 5 granted) and 100 trade secrets in process – the key one being their trademarked material ‘Poralyte’.

The Forge 500 AM Platform will, on current projections, go into production later this year and the first units will be shipped in 4Q 2021.

A Generational Opportunity In Credit

Last month we were delighted to have Peter Faulkner, co-CIO of PSAM in NY, who delivered a tour de force on the evolving credit landscape. Peter has been investing in distressed securities since the early 80’s, and having navigated numerous turbulent markets throughout the years, including the 2008 financial crisis, the environment and opportunity set he sees now for credit investing has never been stronger.

As the pandemic took hold in 2020, the central banks in the US and Europe cushioned the impact on businesses by opening liquidity floodgates, causing a surge in loan amendments, bond buying, and overall lending, which was 3-4 times the level seen in the great financial crisis. The companies that grabbed at the liquidity lifeline may have survived immediate bankruptcy but are now suffering from crippling debt, and are unsure of their revenue streams (and their fate) as the pandemic still shadows the world. Those businesses in such a state are referred to as “zombie companies” and this race of the half live, half dead corporations is where the credit investing opportunities will begin to unfold.

What is clear is that the crisis will end and the road to recovery will be flooded with distressed and stressed opportunities, at Ocean Wall we feel confident that Peter and his team’s experienced contrarian approach to investing where others fear to venture will uncover a strong book of uncrowded opportunities that others do not see.

As regular readers will know we think uranium is on the cusp of a new super cycle bull market.

For the last five years uranium prices have been far below the production cost which created a disincentive to bring new production capacity online.

The global uranium supply is the tightest it has been since pre-Fukushima – yet post-Fukushima uranium is 85% below its all-time high.

Inventory held by the world’s largest uranium producers is at rock bottom levels for the first time ever and is need of replenishment this year. Another first is that Cameco, Kazatomprom and the third largest producer Orano are being forced into buying uranium in the spot market.

For the first time in several decades there is strong bipartisan support in the US to rebuild the existing nuclear industry and manufacture a new generation of advanced reactors. The images of frozen turbines in Texas last month have shown the urgency to accelerate the US’s nuclear restart program.

Countries are now raising their share of nuclear power in their energy mix. For some countries it is quite significant. In China, India, Russia, Belarus, Korea, Slovakia and UAE they are adding over 8 GW of new capacity in 2021. Presently 53 new nuclear reactors are under construction worldwide and over 300 are proposed for this decade.

A nuclear renaissance is taking shape as governments accelerate plans to decarbonise their economies to meet Paris climate goals.

As long-term contracts to supply uranium to utilities are ending over the next couple of years there is no doubt utilities will have to sign new contracts at higher than market prices.

At current prices there is not enough uranium to meet demand now or at any point in the future.

On 25th February, Yellow Cake completed a placing for US$140m new ordinary shares (for the purchase of additional physical uranium). The initial fundraise announcement was intended to be at least US$110m, and due to strong investor demand the raise was increased by US$30m. The funds will be used to purchase 3.5m lbs of uranium for $28.95/lb under the company’s existing contract with Kazatomprom.

Whist the fundamentals are now the tightest they have been, the number of uranium sector stocks has dropped from 600 in 2007 to c.50 publicly traded names today and their commensurate market cap has fallen from $140bn to $20bn.

As you can see in 2007 prices increased 5x in one year to $140lb as utilities panicked about scarcity of supply after Cigar Lake was flooded and Ranger Mine was damaged by a cyclone.

Uranium is completely demand inelastic. Without it a nuclear reactor has to close and restart costs are hundreds of millions dollars.

Unlike 2007 there is less supply, more demand and less equity to play the trade. This is a coiled spring and our trade of the decade.

One can get convexity from the uranium miners such as UEC, FCU and EFR but for the safer delta one play we prefer YCA who have now sequestered almost 13m lbs of uranium.

This week Nicky Grant, Head of Corporate Advisory at Ocean Wall, meets Amanda Hall, founder and CEO of Summit Nanotech.  Summit Nanotech are one of the leading developers of nanotechnology in the extraction of lithium from brines, clay and geothermal sources.  Her company has already caught the eye of the likes of Elon Musk and the Chilean Government.  They are currently building their pilot – which is scheduled to be in Chile in 3Q 2021.  They have already had multiple enquiries for order placing and could be the answer to Tesla’s extraction plans in Nevada.