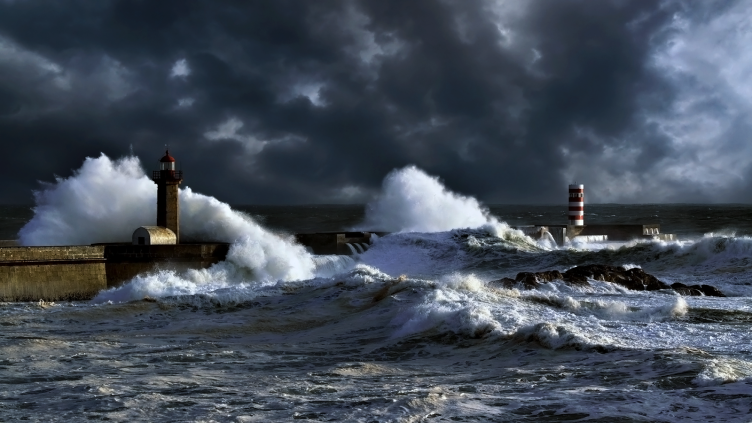 For each of us I am sure when we pressed <F9> on our wealth spreadsheets at the end of last week there was a collective sigh. At least when one is self-isolating no one can hear you scream!

From January 20th to last Thursday $13tn has been wiped from stock markets globally. CLSA made the rather brutal conclusion that the amount corresponds to just over $3bn for each Coronavirus death to date.

I won’t dwell on the obvious as I am not a leading epidemiologist or a professor of mathematical biology so my opinion on the virus is just conjecture. What I can say is that we don’t know how many people have the disease or how quickly it is spreading.

There are extrapolations which show the US eventually having more than 150 million cases assuming their measures have no effect.

This is a health crisis that needs a credible transparent health response first, and all the other things like a fiscal and monetary response come second. The pandemic needed a coordinated and transparent response to be contained. The US instituting a travel ban without coordinating with the Europeans showed how far away that is.

We have all been steamrollered in this one, but once the (volcanic) dust settles this move was not just a brutal reallocation move based on a totally different view of the future, but rather a violent de-leveraging creating a toxic downward cycle. As an example, leveraged risk-parity strategies had to sell bonds, equities and commodities simultaneously, putting downward pressure on all assets, reinforcing the need to de-lever more, and so on. Although PBs have yet to increase margin rates the margin calls on funds has exacerbated selling. It’s obviously very difficult to say when this balance-sheet reduction will end.

The biggest challenge is the difficulty to assess the depth and the length of the stand-still and slow-down of economic activities permeating globally both internationally (trade, production lines, supply chains, travel, etc) and domestically (tourism, leisure, consumption, etc). Consequently, the uncertainty about cash-flow/liquidity is impacting international companies down to SME operations. In an age of record high debt levels, the uncertainty on debt servicing and potential consequences is now high up in the list of worries.

But deeper down this will shake people’s confidence in what a share price actually means. There is a powerful sense of impermanence. It will also undermine the sense of comfort that has existed in the concept of a ‘central bank put.’ Their weapons are impotent in this and already we have governments everywhere talking about saving their national champions, because nothing else will suffice. Certainly not monetary or fiscal stimulus. This is about human beings not wanting to interact and no amount of helicopter money affects that. This is the difference between now and 2008.

There is no doubt the news flow will get worse as peak infection is still months away. If the Coronavirus was to have a heraldic shield the loo roll would be its crest. Such a ridiculous motif but the apotheosis of a self-fulfilling panic.

I think people will be more aware than ever that Trump is an arch manipulator of markets and that this means the premise upon which index levels are based is fundamentally a very precarious one.

Until this, the strength of US equities might have been seen as a consequence/by-product of his Presidency. I think now the market will be seen as a plaything, as a means to inflate the feel good factor, with the connivance of all those with a strong vested interest, far more than as something founded upon the underlying strength of the economic system which has once again been exposed very cruelly.

The delta on a Trump victory has gone down. Biden had a 42% probability going into Super Tuesday (March 3rd) and he and Trump are now both close to 50% on Betfair.

I am scheduled to have dinner with Rishi Sunak, the new Chancellor of the Exchequer this week but I assume this will be cancelled. He made a great debut budget in dramatic circumstances. His promise to do ‘whatever it takes’ will, however, not dampen further volatility in GBP. The currency stays vulnerable this year with added policy risk around Brexit negotiations.

Growth rate differentials between the US and its peers will support the USD but a de-escalation of trade tensions and larger US budget deficits may be supportive for EUR.

It was too early for Howard Marks in his “Nobody knows” missive on 4th March but his words ring true, ‘what really matters is whether the price change is proportional to the worsening of fundamentals.’ Once this de-leveraging extinguishes itself markets can start repricing assets based on their fundamentals. The answer to ‘when will this happen?’ I do not know, but I feel confident that we will look back on March 2020 as being as seminal an event as March 2009.

I had a pint on Friday 6th March with the UK CEO of the world’s largest product container shipping company who was very bemused that his shares had fallen 60% YTD and in the same time his freight rates are +25%.

I mentioned this to a shipping specialist in Zug last week and he said that VLCC rates were at a low of $22,000 three weeks ago. At the start of last week rates were $32,000 with breakeven at $28,000. In fact, on Thursday tanker rates were at $205,000 a day on large tankers that export out of Saudi.

China in- and outbound trade volumes are now slowly recovering and Maersk have said publicly that they expect a V-shaped recovery from April, resulting in container volume growth of 1-3% this year. Weakness in demand relating to the spread of the Covid-19 virus has been mitigated by extraordinary capacity reductions of c.50% on East-West trades. As a result, container freight rates from China have so far remained relatively stable post-Chinese NY, while backhaul trades are faced with increasing capacity bottlenecks and surging freight rates.

I met with a Chinese manager at a European shipping company last week and she corroborated the China recovery and capacity bottleneck story turning freight rates upwards.

Names to do your own work on are Star Bulk Carriers Corp (SBLK), Scorpio Tankers Inc (STNG) and Maersk (MAERSK-B)

To date, 75 companies have been spun out of the University via OSI. The goal is to spin out 10 to 15 companies per annum. It is expected that the net asset value of OSI will grow by 30% to 40% pa over the next ﬁve years.

I am an investor in OSI. Sadly OSI is not raising more money but the fund Braavos Capital offers exposure not just to OSI but also its spinouts.

Braavos Capital I LP (BC I LP) is a venture capital fund established to build up a stake of at least 10% in OSI at all times. BC I LP, directly and via side-pocket funds, has raised and deployed £80 million and is currently the largest shareholder in OSI, at 15.66%. The size of its stake means that, in addition to substantial pre-emptive rights, BC I LP has access to information flow, deal flow and future IPO and M&A activities originating from research conducted at the University.

Andre Crawford-Brunt, CIO of Braavos Capital, will be doing a Zoom call “Investing in a Thousand Years of the Future” on Tuesday, 24th March at 10am. Contact ian@oceanwall.com for further details.