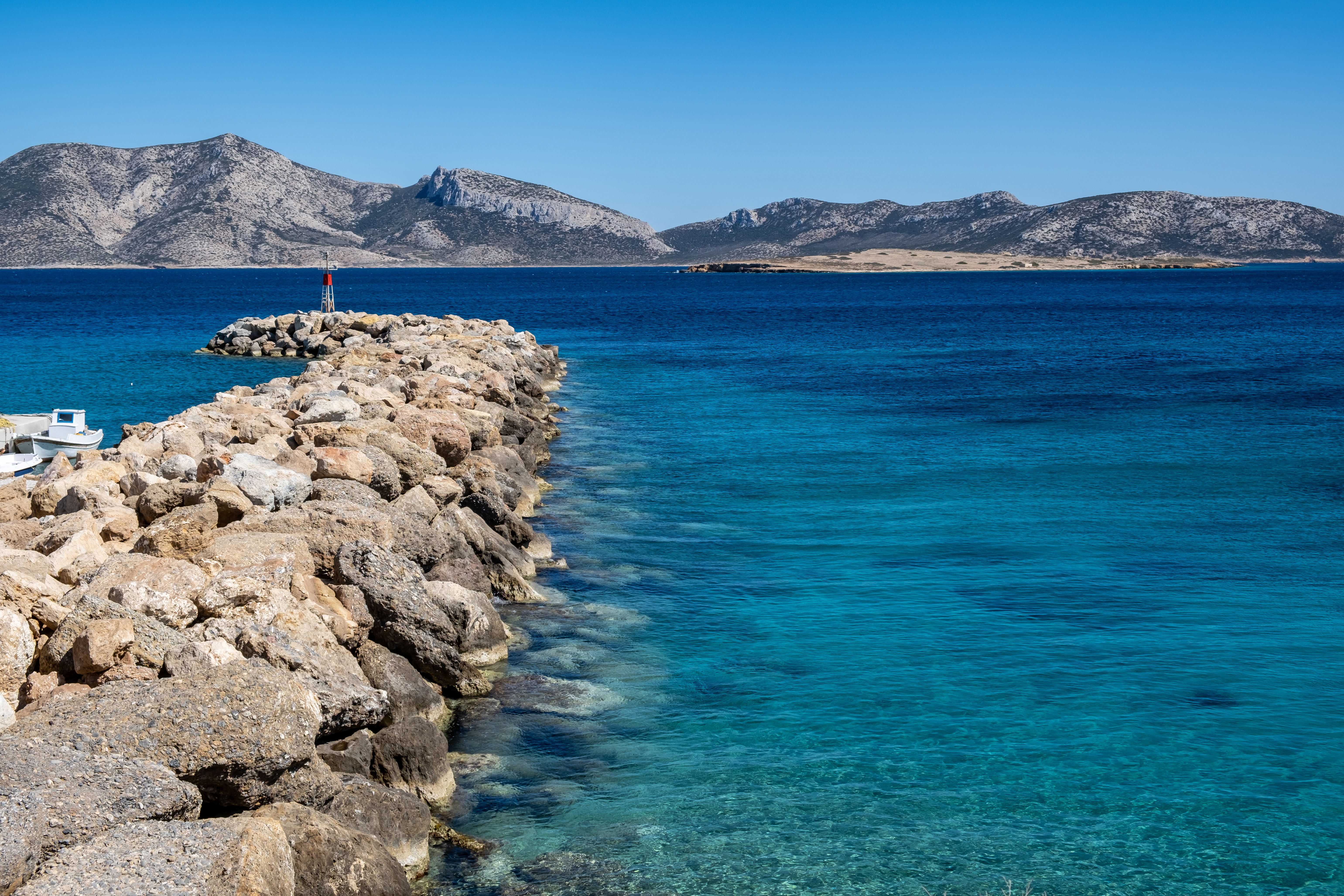 Welcome to July’s Some Thoughts. This month we discuss:

There have been record levels of M&A activity in the first five months of 2021 amounting to over $2.4 trillion with 85 live deals currently, including the $43bn merger of AT&T and Discovery and the $39bn Astra Zeneca and Alexion Pharmaceuticals merger. Whilst the pandemic acted as catalyst for many of the M&A deals over the past year, there is no sign M&A is losing steam.

Industrials have seen the most activity (with 27% of volume) but Media and Telecom volumes are up nearly 4x, led by the $46bn Prosus deal with Naspers.

Since 2016, financial sponsors have gradually increased their share of overall EMEA M&A volumes, rising to 31% year-to-date. The private capital industry has grown to $7.4tn and Morgan Stanley expect this number to be $13tn by 2025. Private capital has accumulated almost $2.5tn of ‘dry powder’ which underscores the ferocious competition for deals.

22 deals have been bumped since September in Europe by an average of 15%. The annualised unlevered RoR in Merger arb is 9.5% annualised vs pre Covid return of 4.5%. It is no surprise that Event Driven managers have led the pack with performance in 2021 averaging 12.3% YTD according to Morgan Stanley’s data.

Last week Peter Faulkner, the Deputy CIO of Event Driven fund PSAM, did an Ocean Wall investor call. One of the questions put to him referred to the difference in the Event opportunity set between March 2009 and April 2021. He was more optimistic now because of the wall of quantitative easing, the disruption opportunity brought by Covid and technology as a driver of consolidation. He cited pharmaceuticals, financial services and transportation as two sectors that will see more M&A. He also felt this was a more equity focussed recovery than 2009 and a big portion of PSAM’s credit book is opening trades where the debt converts into post-reorganisation equity.

We have a recording of Peter’s presentation if you would like to hear more about where PSAM expects alpha generation over the next 12 months. Contact Clarissa for further information.

Hedge fund flows – back to Growth

Following the TMT unwind in the first half of May, HF net flows have favoured Growth over Value.  According to Morgan Stanley, the Growth factor has now been net bought in almost every session since June 8th amidst the factor’s outperformance over the period. TMT industries including Software, Internet Retail, and IT Services have driven the recent net buying, though growth-oriented names in Autos and Hotels, Restaurants & Leisure have also contributed to the positive net activity.  After reaching a recent peak in mid-March of this year, net exposure to Cyclicals has fallen to the lowest level since year-end 2020.  This drop in net exposure has come as HFs have added shorts on a net basis in Cyclical-related industries in 19 of the past 20 weeks, with names that fall into the re-opening and/or pro-reflation themes driving a large portion of the net activity.

Cybin is a Toronto-listed life sciences biotechnology company focused on progressing psychedelic therapies by utilizing proprietary drug discovery platforms that went public in November 2020. Cybin was co-founded, in 2019, by Paul Galvine (COO), John Kanakis (Director and SVP of Business Development) and Eric So (President) with Doug Drysdale as CEO.

One of only four companies with active clinical trials, Cybin is currently working towards a Phase IIa and a Phase IIb clinical trial to study psilocybin use for major depressive disorder. The trial will include 120 patients taking four doses of a sublingual film containing psilocybin over a four-month period.  As of May 18, 2021, Cybin was granted IRB Approval for Phase II Clinical Trials of its Sublingual Psilocybin Formulation for the Treatment of Major Depressive Disorder.

As of December 2020, Cybin signed a definitive agreement to acquire Adelia Therapeutics as part of its commitment to strategic growth. Adelia Therapeutics (based in Boston) broadens out Cybin’s access to novel therapeutics, delivery methods, and therapeutic regimens. Cybin also partnered with Kernel – technology leader in neuroimaging hardware and software – allowing them to record and to quantify brain activity during a psychedelic experience in real time – giving an extra dimension in its research to develop breakthrough psychedelic treatments for mental health.

Funding: The Company closed, in Oct 2020, a C$45 million subscription receipt financing in relation to its reverse takeover transaction, which marked the largest subscription receipt financing in the Canadian psychedelic sector. In Jan 2021, they raised C$30m through a highly successful bought deal – which was upsized from original C$20m size. They have raised a total of nearly C$90m to date. Investors include several Blue-Chip US Investors including Janus Henderson, LifeSci Ventures and RA Capital.

Cybin recently announced that they are looking to move to a Tier 1 US stock exchange in the near future.  This should lead to increased liquidity in the stock and, in turn, reduce the stock price volatility.

Post our Psychedelics research report we are delighted to have been appointed corporate advisor to Cybin.

On 16th June Yellow Cake PLC (YCA), the Jersey-based uranium investor, launched a £62.5m placing to purchase more physical uranium. YCA had already exercised their 2021 purchase option with Kazatomprom in full, and this new placing was to buy even more taking their total physical uranium holdings to well over 15m lbs. This is now >10% total annual uranium production. YCA CEO Andre Liebenberg said on the day of the offering, “…the outlook for uranium remains very positive and the current price a compelling buying opportunity.” For the last couple of years we have heavily documented this, our bullish thesis on uranium and more can be found in March’s Some Thoughts: Uranium – a coiled spring

Despite moderate activity the spot price continues to trend upwards +18% YTD and +60% off 2019 lows. The key will be off-market long-term utility contracts which has been very quiet. Last week an award was reported for >1mlbs U3O8. Furthermore, given more competitive fixed-price levels outside of the spot window, several other utilities have been showing demand interest and looking at options for mid- and longer-term deliveries. This was what drove the price in 2006 to rally 7x and is what will drive uranium in this cycle.

YCA is not the only company sequestering uranium from the utilities. Denison, Sprott/UPC, Uranium Energy Corp and others have all been raising capital to purchase available uranium.

Against this burgeoning supply deficit, the demand side if growing. In June Iraq became the latest oil rich nation to announce a move to nuclear power with the stated intention of building 8 nuclear reactors at a cost of $40bn. The country has been plagued by power outages due to mismanagement and high summer demand when air conditioning use rockets. Rosatom, the Russian state nuclear agency, is central to the move to nuclear power in the region and already oversees the Akkuyu project in Turkey, has collaborated with the UAE on its civil nuclear programme and signed agreements with Iran, Egypt, Saudi Arabia, Jordan, Algeria, Tunisia, Morocco and Sudan to build reactors.

The nuclear renaissance is underway globally and despite technological advancements in thorium reactors they are still tens of years away from being a commercial threat.

Uranium is a vital source of green energy and current supply will not support demand either now or in the future.

The privately owned Marshall Group – synonymous with engineering and technology innovation – recognised that valuable, engineering/technology related, IP was coming out of Cambridge University, and in 2011, set up Martlet Capital to be part of, be aware of, and help develop these fledgling companies.  Martlet Capital has fast become one of the investors of choice for Deep Tech and Life Sciences start-up companies in Cambridge – leveraging their strong ties to Cambridge Enterprise and the Cambridge Angels Network.

After successfully building up a unique portfolio of over 50 Cambridge deep technology and life science companies which have been invested in alongside some of the top local venture capital firms and specialist Cambridge Angels, the management of Martlet – including Robert Marshall, CEO, – are initiating a buyout of the existing portfolio.  They have a vision to build on their existing portfolio with some further investment and add to the seed funding company portfolio. The current portfolio companies include new robotics developments, life sciences platforms, and AI businesses, which are creating value through a combination of their own intellectual property rights, new operating models and efficiency gains.

Martlet will buy the portfolio at a valuation of c. £10.7m from Marshalls, as a related party transaction (which has been validated by a 3rd party).  The company will subsequently invest into further rounds of these businesses and into new innovative companies coming from the Cambridge ecosystem. A total fund raising of £22m will be completed across two rounds – one this year and one aiming for next year – to allow investors to participate in the Martlet portfolio and the further development of the investment business.

The portfolio is currently held at a valuation agreed in Q4 2020, and there are currently at least two companies* in the portfolio which are raising at higher valuations – (* announced on 24th June 2021, Porotech raised an additional £3m at a share price of £31.88 compared to the first round that Martlet invested in of £17.50).  The portfolio has also had an exit – above the agreed valuation – of which the full proceeds are being deducted from the residual price of the acquisition.  This gives an effective 14% discount across the portfolio based on the previously agreed acquisition price.

Investors can participate in the investment vehicle through equity & Convertible Loan Notes in a fixed ratio – matching the underlying investment structure (70%/30% respectively).  The convertible loan note will give investors the opportunity to see distributions from the portfolio or convert to equity during the period of the investment whilst the exit strategy is to create a liquidity event around Year 6 through either a listing, asset sale or transfer into a Fund vehicle. Potential for an additional follow-on investment vehicle designed specifically for later stage investment rounds.

Ocean Wall’s role:  Working alongside Saranac Partners to raise capital for the first close – there is £7m remaining as of 1st July 2021.