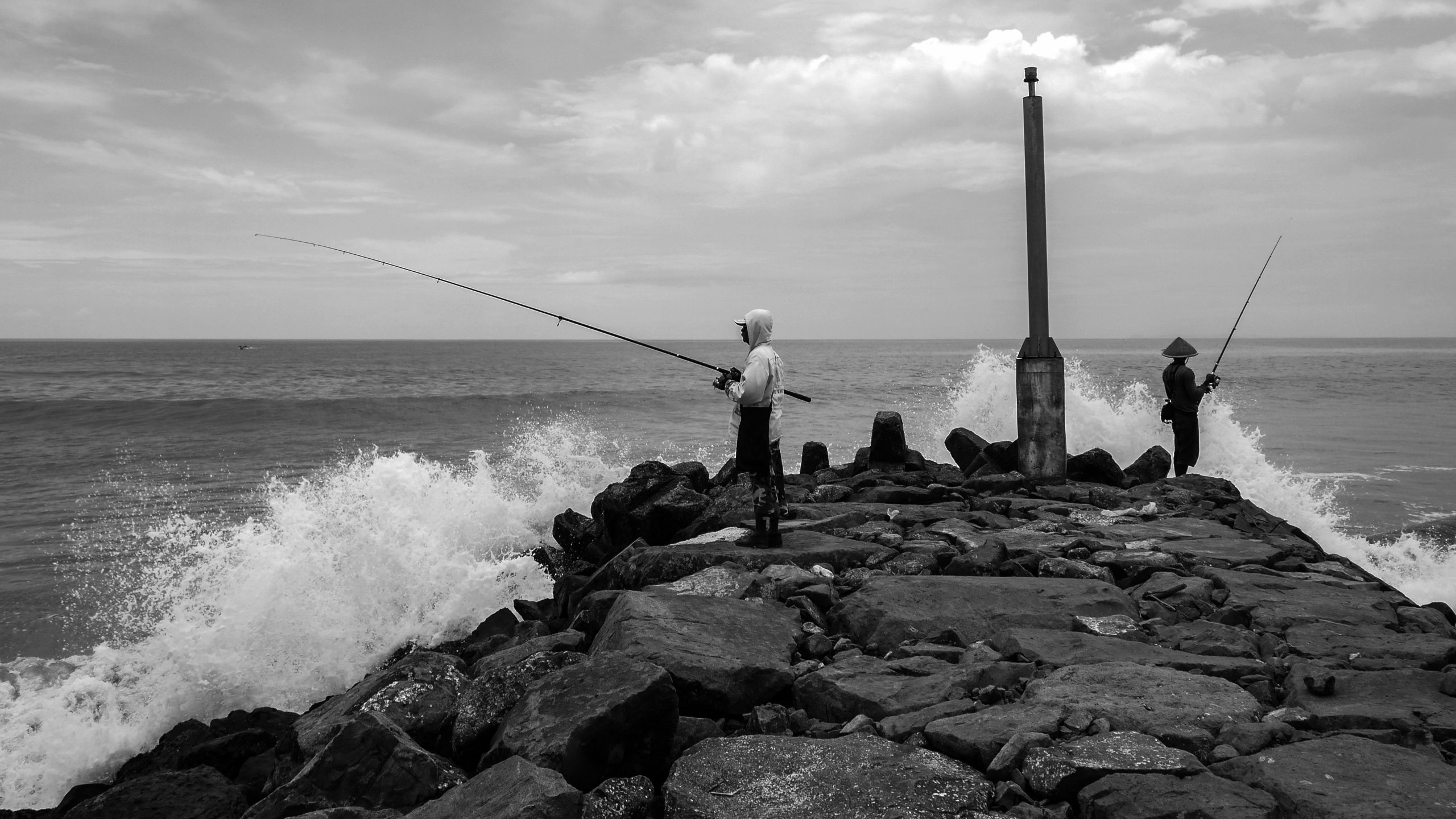 Rather than try and answer the question of the day ‘can one drive 420km from London to Durham in a Range Rover without stopping for petrol?’ I wanted to use this missive to return to crisis alpha.

Last month we discussed crisis alpha in distressed assets. As the equity market has come back to life, in this ‘Some thoughts’ I want to present dislocations in four listed holding companies that each offer compelling ‘sum of the parts’ returns.

Discounts to NAV have been the perennial problem for holding company management teams. The expectation is that ‘the good will out’ and that arbitrageurs and value investors will step in and create a natural pull-to-par. If that does not work, then management have the buy-back mechanism. As a last resort there is the ‘take private’ option or M&A.

These four different holding company trades all have significant discounts and also share compelling fundamentals. All are UK listed but offer geographical and sectoral diversity. In three of the four trades management are using buybacks to tighten the discount.

In December Neil Woodford’s Patient Capital Trust was taken over by Schroders and renamed Schroder UK Public Private (SUPP). Schroders made an initial £268.3m write down on the largest 11 unquoted stocks in portfolio and then a subsequent write down at the start of May.

At the same time as the second write down Schroders released annual results to end 2019 for SUPP, which are largely historic given the shift in manager from Woodford IM to Schroders in December. Prior to May the latest published NAV was 52.47p on 24th March, but the Board has also flagged a c.4% write down, taking it to 50.4p. The company has now shifted to quarterly NAV reporting and the March NAV is due out before the end of June.

There are 42 names in the portfolio and the third column shows the most recent write downs. Here is a snapshot of the top ten names but I would be happy to send you a full list of holdings.

Unquoted stocks are 76.1% of portfolio or £348.5m of the current £457.95m NAV. The portfolio has a heavy focus on healthcare, and this may insulate from some of the current market and economic turmoil, with the manager noting a number of holdings continuing to operate.

In an RNS filing on 21st May Link Fund Solutions removed the former Woodford Equity Income fund of its entire stake of 8.98% in SUPP. This clearance was not as widely reported as I thought it would be considering the Woodford publicity last year. This is a significant, and also symbolic, overhang removed. The biggest shareholder in SUPP is now BlackRock (9.96%).

It is also worth noting Schroders has the authority to buy back 14.99% or 124m shares. I snipped this from p.5 of the report and accounts published on. The AGM is next Friday – 5th June.

It will be a long road as the market is not still yet conducive to selling private holdings, but the shares are currently trading at 29p, representing a 43% discount to NAV.

DNA2 is closed-end fund but with the characteristics of a bond. Over the next 4 years capital is returned to you with a 9.1% yield – plus ownership at term of seven A380s.

There are three Doric Nimrod funds but number DNA2 looks the most attractive. In 2011 DNA2 raised debt and equity and over the next couple of years bought 7 A380s and leased them all to Emirates. These are coming off lease over the next 2-4 years and will be owned outright.

You can buy DNA for 56p and get 76.5p of payments. The leases are structured to provide for DNA2 to pay investors a total 4.5p over 17 remaining quarters while servicing the debt on each aircraft so they are returned unencumbered and paid for.

The Board of DNA2 has confirmed that it has received no formal request from Emirates to renegotiate their leases and that they are currently servicing them in line with their obligations. If you are happy with Emirates as a counterparty then here is where you stand now:

Herein lies the great unknown. Just one year ago the company published an aircraft portfolio value at lease expiry of $762.4m or 356p per share. This number will have been reduced enormously over the last few months as airlines accelerate their decomissioning of these aircraft but there is likely to be residual value for them for scrap/parts, conversion to freight or to other airlines, these planes are still very young

At the end of March as a result of the Covid crisis Moody’s downgraded DNA from A to Ba1 with this comment :

“Notwithstanding the downgrades, Moody’s believes the A380 will remain important to lessee Emirates’ strategy and that the four aircraft in each transaction will remain in the fleet through the respective maturity dates. With 115 in service and eight remaining in the order book, Emirates operates the most A380s of any airline, and, effectively represents the market for the aircraft. Airbus has delivered about 240 of the model with about ten left in the orderbook and a number have already been retired from scheduled service and some of these have been parted out. Emirates’ fleet also includes 155 Boeing 777s. The importance of the A380 to Emirates strategy informs Moody’s belief that the pass-through trustees will make timely payments of interest and scheduled principal for each transaction.”

Obviously it was another world but back in September 2019 Tim Clark, president of Emirates Airline stated in Flight Global :

“Emirates operates A380s on a mix of operating and financial leases. We have aircraft coming out as their [operating] leases end, or when their financial leases end if they are wholly owned. We are in the process of [starting A380 retirements]. Two have been deactivated. They are under retirement because we have got a major overhaul coming up and it’s best to take the old aircraft out – they’re all written down – and take the gear off them rather than buy a $25 million main landing gear. I need two, possibly three, to meet that [overhaul] requirement. This aircraft will still be flying in Emirates in 2035. The fleet will stabilise at about 115…and then probably go down to about 90-100 by the middle of the next decade. So, the A380 will remain a major component of our fleet mix for the next 15 years at least.”

The four massive Trent 900 engines on an A380 can fetch up to $480,000 a month in lease payments or be sold for several million dollars each.

At 56p the price is reflecting Emirates to stop paying DNA2 and zero scrap value – both scenarios that we consider to be highly unlikely.

In October 2014 I was part of the team at Deutsche Bank that led the IPO of Bill Ackman’s Pershing Square Holdings (PSH) on Euronext at $25.  As well as Euronext, PSH subsequently listed on LSE. PSH is a closed-ended fund that makes concentrated investments principally in North American companies.

Earlier this year Ackman was sufficiently concerned about the impact of the coronavirus that he put in a hedging strategy in the CDS market that has more than offset the losses in his investment holdings. After the initial market decline, he unwound the credit hedges and redeployed a substantial majority of capital to existing investments including Restaurant Brands, Lowe’s, Hilton, and Berkshire Hathaway. He invested $500 million in a secondary share offering by Howard Hughes and also re-established a position in Starbucks.

Enclosed is the portfolio from the Annual report published in April

At Deutsche in 2015 we felt that if PSH ever got close to a 20% discount to NAV then arbs would close the gap because of the underlying liquid portfolio. The arbs never got involved and PSH took it into their own hands and have been buying back stock for a number of years.

In October 2019 when the discount to NAV was 26%, PSH announced a buyback of $100m. The discount now of close to 30% provides a cheap way into US cyclicality.

Uranium is our favourite commodity at Ocean Wall. An existing structural supply deficit in the global uranium market aggravated by COVID 19 supply disruptions to the biggest producers (Kazatomprom and Cameco) has sent the spot price +39% already YTD.

For several years, the sector has been running at a structural deficit and the longer supply disruptions go on for the more acute the price discovery process will be for the nuclear power plants. In 2019 total uranium consumption was about 180m lbs but with prices below the average cost of production, capacity has been withdrawn. At the same time inventories have been drawn down. 2020 is shaping up to create a 30m lbs shortfall in uranium mining supply. Globally 164 new nuclear reactors are being built or planned. China will consume more than 135m lbs in 2040 which equates to the total amount mined in 2019.

Pre-Fukishima the market capitalisation of all uranium listed equity was $130bn with globally 450+ companies. Today there are only 40 co. s and even including Kazatomprom (£2.9bn) and Cameco ($3.9bn) the total global market cap is under $12bn.