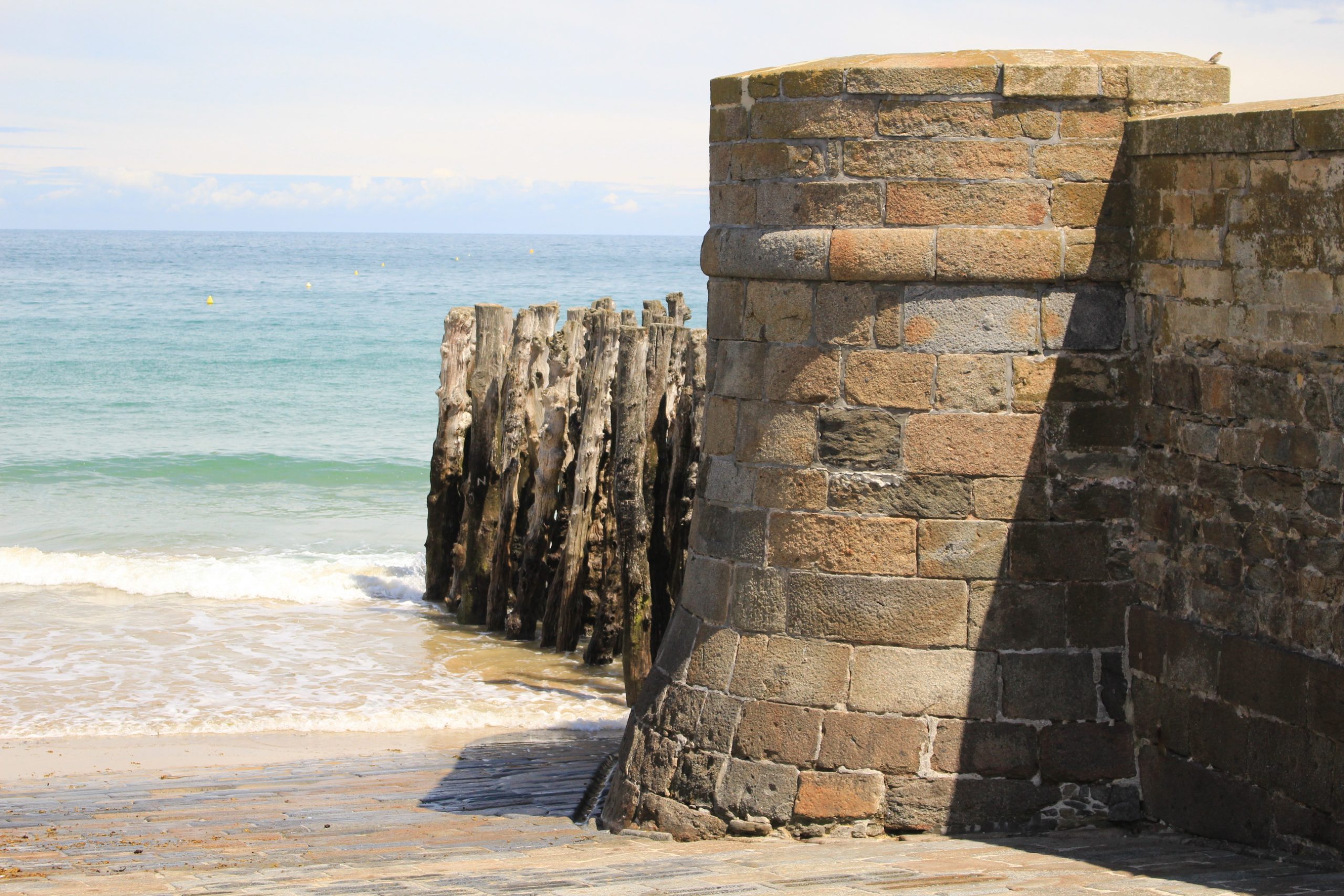 Welcome to October’s Some Thoughts. This month we discuss:

Investors fearing contagion from the troubled China property market coupled as well as concerns the Fed will pull away from monetary stimulus saw a topsy turvy September. Concerns over Evergrande saw the 20th & 28th September become the worst days for the S&P since mid-May. The sell-off was seen around the globe. Overall hedge fund performance was negative for both days, but not nearly as negative as the broader markets.  HF shorts worked well, which offset the long underperformance, thus total alpha, according to was essentially paired off after both sessions.

HF net activity was skewed towards selling as funds sold some longs and added to shorts, but the flows were not overly notable one way or the other.

One trend that played out throughout the last weeks of the month was a preference for Defensives > Cyclicals.  Outside of this theme, HFs have been net sellers of Software for the past ~2-3 weeks. Whilst exposures are still high to this well-owned industry, positioning has come off peaks.

HarbourVest Global Private Equity (HVPE LN) is a London listed, FTSE 250 private equity investment company with assets of $3.2 billion (HVPE’s functional currency is the US dollar) and a market capitalisation of approximately £1.8 billion as of 31 July 2021.

HVPE invests in private companies and portfolios of private companies through funds managed by HarbourVest Partners, a global private markets asset manager with more than 35 years of experience. HVPE is designed to offer shareholders long-term capital appreciation by investing in a private markets portfolio diversified by geography, strategy, stage of investment, vintage year, and sector.

A 24.7% discount for a portfolio like HVPE with the performance too, is totally the wrong price.

We wanted to highlight some of his key investment tips that have helped guide his career: –

It is important to have an open and curious mind – always consuming information from all different sources.  Be creative about where you get information from.  Know when to outsource and use the expertise of others.  Talk to other smart people.  Ideas will come from all these sources. Then you must filter those ideas. Financial analysis is key and at the core of all good investment. Acknowledge what you are good at and what you are not good at – and don’t be afraid to outsource complicated analysis to specialists.

Understand the capital cycle of a company and where they are in that cycle. Has capital been starved leading to delays in supply or is there excess supply? What leverage do they have? Costings? Think about what the next 2 or 3 years might look like. Understand the impact of change on the business – join the dots, see patterns, and do the analytical work.

Your next decision is how to put those positions into a fund. Have a clear idea of the profile of your fund. What is your acceptable volatility and risk of drawdowns? Know what your risk is. Your risk to a particular company, to a sector and to macro themes.

It is absolutely key to avoid ‘hidden risks. Run ‘external events’ risk scenarios through the financial modelling of your portfolio. Ensure that you do not have one particular risk running through your whole portfolio and don’t be long one theme – e.g. – property and banks – you’ll be hit twice.

There will always be events that no-one can foresee, 9/11 or pandemics – but just run as many event scenarios as you can through the portfolio.

Look at your portfolio afresh every week. Guard against ‘Thesis creep’. If a position moves against you – don’t invent new reasons why you invested – stick to your original thesis and re-underwrite the position in your mind regularly.

Do not have emotional bias. Be especially mindful if you have developed a close management relationship.

Written communication (investor letters) to clients is extremely important. Always be totally clear and transparent about what is happening and what you are thinking. Nobody likes surprises and clients really dislike unpleasant surprises, especially if there is thesis drift.

Grifols’ largest division, Bioscience, is one of the 3 largest players in the global plasma market along with Australian based CSL and Japanese based Takeda. Plasma is commonly referred to as the protein that can be found in human blood. For every litre of blood, c. 45% is red and white cells, and the rest is plasma. C. 90% of plasma is useless for medicinal purposes but c. 7% is highly useful as it contains numerous proteins to be used in all sorts of therapies where some protein deficiency/defect is present.

Through a process called fractionation, several different proteins can be extracted. These proteins are used to treat a whole host of typically rare diseases. IG (Immunoglobulin) is the most important one as it treats hundreds of immune-deficiencies as well as auto-immune diseases. This market is growing very rapidly (c. 10% annual growth) thanks to several structural and secular growth drivers which will help sustain growth for many years:

If this market is clearly attractive from a demand perspective, the supply dynamics make it a truly extraordinary industry. Grifols, CSL and Takeda are effectively the only vertically integrated plasma producers with access to raw material. The large capital requirements, working capital requirements, IP know-how, strict regulatory oversight, economies of scale and efficient manufacturing processes required, are the factors that make this a highly concentrated industry with very high barriers to entry.

Plasma producers have a completely different cost structure from other pharma businesses. Plasma treatments typically target rare diseases, and its formulations are often labelled orphan drugs. They are very expensive and do not need much marketing because they are so rare. Marketing costs are therefore much lower than for other pharma businesses. Similarly, R&D costs tend to be lower as these products have a very long shelf life and require relatively little innovation. There is no real IP protection as such. On the other hand, the manufacturing costs are very high. The barriers to entry are in the manufacturing process and in the sophisticated supply chain, not in the distribution capabilities or in the IP. Because of this, plasma producers are considered superior businesses because the barriers to entry are enduring and the classic “patent cliff” problem affecting many pharma businesses does not exist.

Thanks to this highly desirable combination of superior growth and constrained/controlled supply, plasma producers enjoyed decades of consistent growth and margin expansion, which led to the market attributing premium valuation multiples to these companies. Grifols’ peer, CSL, for example trades on c. 40x forward P/E and its share price, still in the black this year, returned over 400% in the last decade. Vice versa, Grifols trades on half the valuation multiple and its share price is down over 20% YTD, having enjoyed a similar growth trajectory to CSL in the last decade.

We attribute the current dislocation in Grifols valuation to 3 distinct overhangs:

While CSL was able to expand margins consistently in the last decade, Grifols margins stagnated in recent years, as highlighted in the chart below: 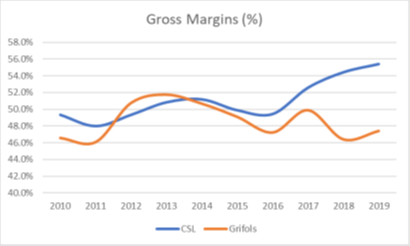 In 2011, Grifols issued a non-voting B class of shares that have the same economic interest as the A shares. These shares historically traded at a 20-25% discount to the A shares, with the discount narrowing to just 10% at times in the past. They are currently trading at c. 40% discount for no obvious reason. Expect the discount to narrow to its historical range, enhancing returns on the investment. At the current share price, it would be expected to generate an IRR on the investment of c. 25% over the next 3 years.

Oxford Nanopore (ONT) launched its intention to float on the London Stock Exchange on 1st September. The long-awaited IPO has clearly been well received by investors during the book building process as the stock was +42% yesterday on its first day of trading. On 16th September, the US tech giant Oracle announced they would take a 15% cornerstone stake as part of an ongoing strategic partnership.

At yesterday first day close of 612p, ONT is on a valuation of close to £5bn. The Oracle stake £150m of new shares represents 25% of the £601m (increased, after initial oversubscription, from the original announcement of £300m) that ONT raised in the IPO.

Some existing holders in Oxford Nanopore – such as IP Group (14.5%) – have already seen a strengthening in their share price since the intention to float notice was issued.  IP Group is up 88% over the last 12 months.

For many years, joints that were causing pain or had severe arthritis were ‘fused’.  Then in 1960s the first hip replacements were done and by 1970s were beginning to be standard operations.  Knee replacements followed with the technique becoming standard in 1980s. Both hip and knee replacements are now considered the standard of care with extremely successful outcomes.  More latterly the focus in ‘replacements’ has swung to the spine and Europe began replacement disc surgery in the 1990s with the US coming on board in 2000s.  Still in its relative infancy – this surgery is proving clinically effective with benefits over fusion– but still has room for innovations to address unmet needs.

Founded in 2005 by Dr Neil Duggal – a leading spinal surgeon in Canada, Synergy Spine Solutions (“Synergy”) is a company based on innovative surgeon-led spine implant development. Created to address problems that Dr Duggal was experiencing with the existing replacement disc implants and the frustration with not having a disc that could work in 50% of his patients, he set about designing and developing a unique replacement disc implant that can address alignment issues. There are other spinal replacement discs currently being used but none of them address the issues with alignment.

Having received ISO certification and CE mark (International Standards and European Certification), they have already seen outstanding success in the disc performance and now beginning to get good sales traction from the medical community in Europe, the Middle East, Canada, and Australia. They are now, also, looking at multiple-level disc replacements – implants at multiple spine levels – and the initial indications are positive.

Despite limited sales efforts and the effects of the pandemic; their disc is now the #2 replacement disc in Australia, and they have no reported problems after already been implanted in over 1,300 patients. In addition, all the surgeons who have started using the disc have continued its use.

Named as a Top 20 MedTech Provider – 2020 and the China (Shenzhen) Innovation and Entrepreneurship International Competition – #1 in Lifestyle Technology and #3 Overall – Dec 2020.

FDA Trials: Synergy have already started to enrol patients for their 1-level FDA Class 3 Device approval trial. All patients will have been enrolled by 3Q 2022 and by the end of 4Q 2022 the 3-month clinical data will have been reached for the vast majority of patients.

Ocean Wall has been mandated to approach a limited group of interested institutional and retail clients to participate in their US$40m Equity Raising – which will fund their FDA trials for single and multiple use – as well as expand their sales into UK, Europe, and the Middle East.  Please contact Ian Ross ian@oceanwall.com or Nicky Grant ng@oceanwall.com for further information.

Steve met with over 20 investors in a series of one-on-one meetings and small group presentations. Questions centred around the rapid rise of lithium prices, LITH’s key properties, lithium extraction, the realistic picture of Direct Lithium Extraction (“DLE”), European Lithium, Afghanistan’s reserves, and the political support for lithium mining in Argentina and Chile.

Lithium Chile shares have doubled since the beginning of the year, but Steve gave a compelling story as to why this is only the start of a very successful 2021 and beyond.

For anyone who missed Steve but would like to get further information we can organise a meeting with him via Zoom. We will also be keeping everyone updated on test sample and flow test results as they come in.  Contact Nicky Grant ng@oceanwall.com